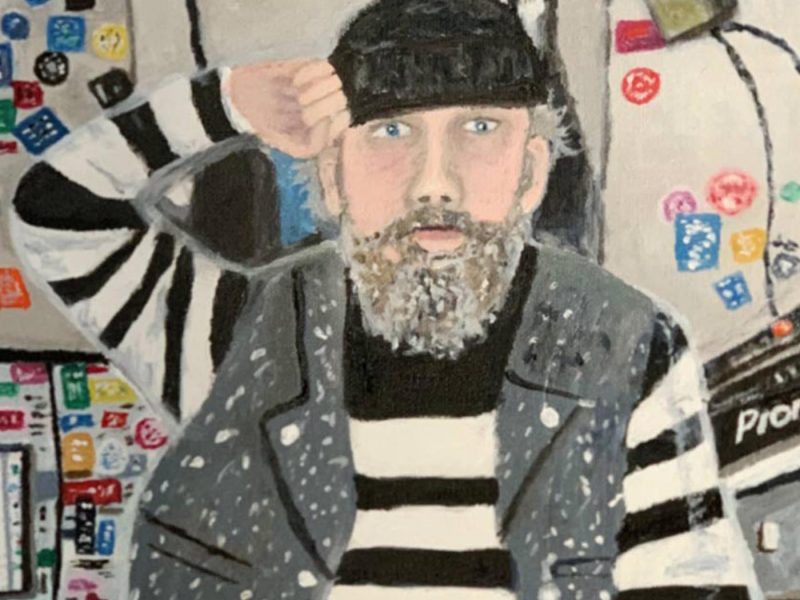 It’s been a year today since Andrew Weatherall died. A long, strange year. Because of everything that has happened since, it seems, in a way, like a long time ago. But also, because nothing has really happened, it has passed like no time at all.

The first time I saw Andrew Weatherall play was in Leeds, before I lived here, at an excellent grimy venue that no longer exists. Every time I watched one of his sets live, what I took away with me was that I instantly wanted to jump on a pair of decks and play for hours myself. He was a massive inspiration. This must have happened for a lot of people. I remember the day after he played at Wire in late 2019, running into a friend in Outlaws Yacht Club and him saying exactly that.

Today, my news feed is full of tributes. Many of my friends actually knew Andrew Weatherall in person and have memories to share that are not just from the crowd at a gig. I didn’t know him personally – I write this from the perspective of a fan – but, like many others, I feel the empty space left behind by someone who was so hugely influential on me, and on the scene that I am part of – and someone who embraced such a diverse range of music. The picture we’ve used with this post is a detail from a painting by my friend Rory Flynn, also a DJ, who has written his own tribute, which I shared on another site I run this morning.

Weatherall described himself as ‘an underachiever’ and someone who ‘could have made the big time’. But what does that mean? I would say with certainty that history will remember him long after it has forgotten many of electronic music’s ‘superstars’. It will be strange, when normal life returns, to come to the realisation that there will be no more of his gigs to look forward to. They were just such a normal and regular part of this scene. In an odd way, ‘rest in peace’ is almost not appropriate. Andrew Weatherall didn’t seem to be much of a person for rest. He was prolific and relentless. He is very much missed.