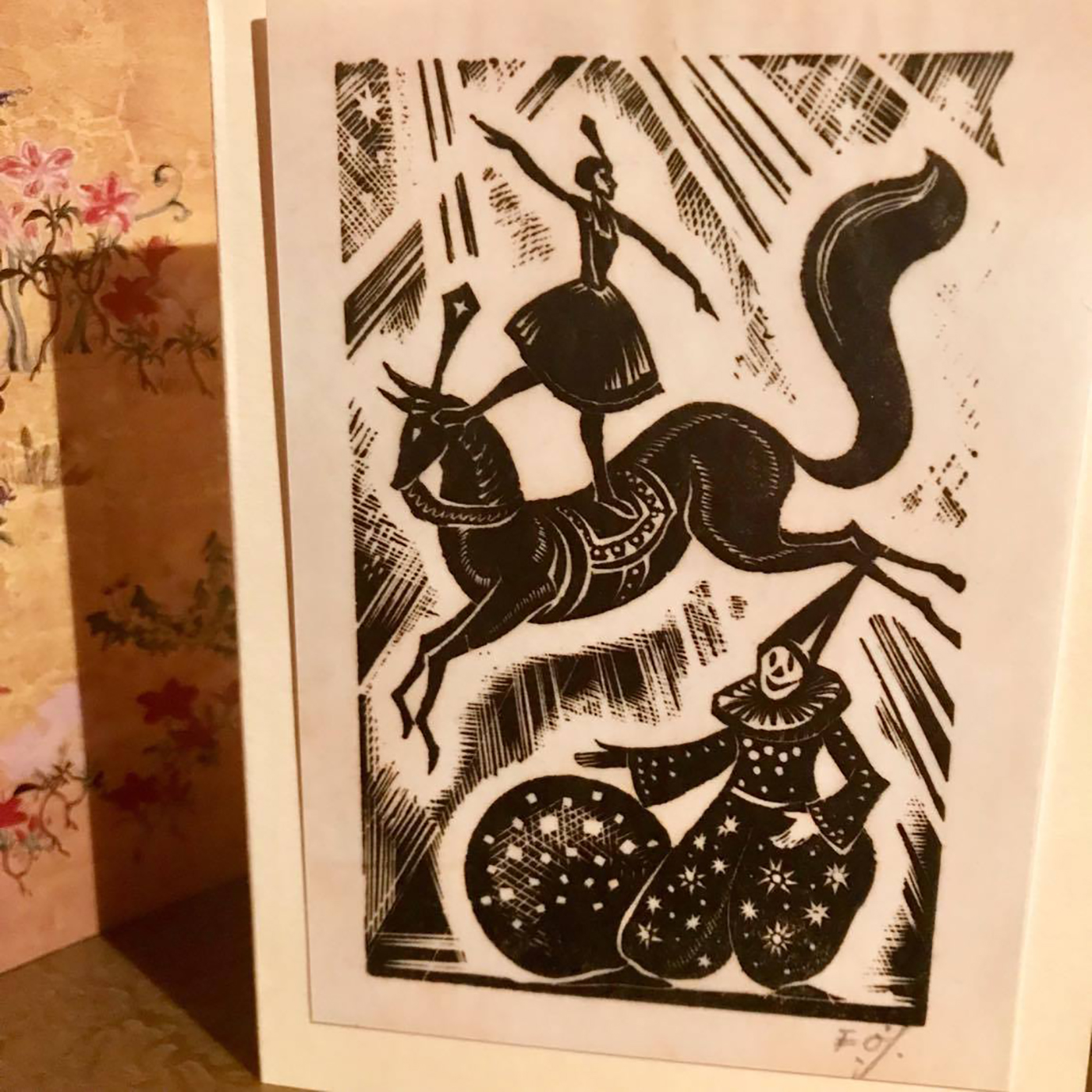 Years ago (I was about fourteen), I was at my friend’s house, stoned (I smoked weed back then) and tripping (we’d eaten some hallucinogenic mushrooms) and staring into the fire.

Some terrible Christmas film was on, but we weren’t really watching it. What did happen, though, was that it inspired me (along with the mushrooms and my own weirdness) to have a very entertaining train of thought…

I think it started with the film prompting me to to recall that The Devil is sometimes referred to as ‘Old Nick’. That led me on the path of thinking about Santa Claus being a bastardisation of St Nicholas or Saint Nick, and how, really, that has nothing to do with Christmas at all. Or not the original Christmas story (I am not religious, by the way – it is just a fair point).

It brings to mind now, a conversation I had a long time after this when I was trying to find a Christmas card with a picture of a donkey on it (me and friends were going to post it through the door of a house with a huge ornamental donkey in their window and wish them a happy Christmas). Anyway, I was lamenting about not being able to find one and the person I was talking to said ‘Yeah, but what’s a donkey got to do with Christmas?’ I was amused and horrified in equal measures and replied: ‘A lot more than a reindeer, that’s for sure!’

Anyway, back by my friend’s fire, on the mushrooms, I got to thinking about Old Nick and Saint Nick and about how, through the whole Father Christmas thing, Christmas has become about buying things and spending money with evil corporations instead of about spending time with your loved ones and how the original Christmas story – and the original spirit of Christmas – has been almost usurped.

I recalled at the time as well, following on in my train of thought, that Santa Claus had originally worn green and that his red outfit had been popularised by Coca-Cola (an evil corporation if there ever was one, surely) to fit in in with their branding. I also observed that another character who’s main colour is red is… and – shit! – ‘Santa’ is an anagram of ‘Satan’.

It was nearly complete.

I continued staring into the fire… This led me onto the next part of this outrageous conspiracy theory that I was forming – Saint Nick comes down the chimney – so out of the fire as it were. A bit like Old Nick who rises out of the flames of Hell.

So there it was – a conspiracy theory that Christmas as we know it now is a plot by The Devil to steal Christmas from the Christians. Absolute nonsense of course, but very neat nonetheless. (I thought this at the time, too).

My friend asked me what I was laughing at and I explained the whole thing.

‘But that makes sense!’ said my friend. I laughed even harder, wondering if this is how many conspiracy theories start (I hope so).

‘It does and it doesn’t’ I said. ‘I mean, for a start, Christianity has probably done more harm in the world than Satanism, secondly you can find coincidences and patterns everywhere, and finally I don’t believe in God or The Devil anyway.’