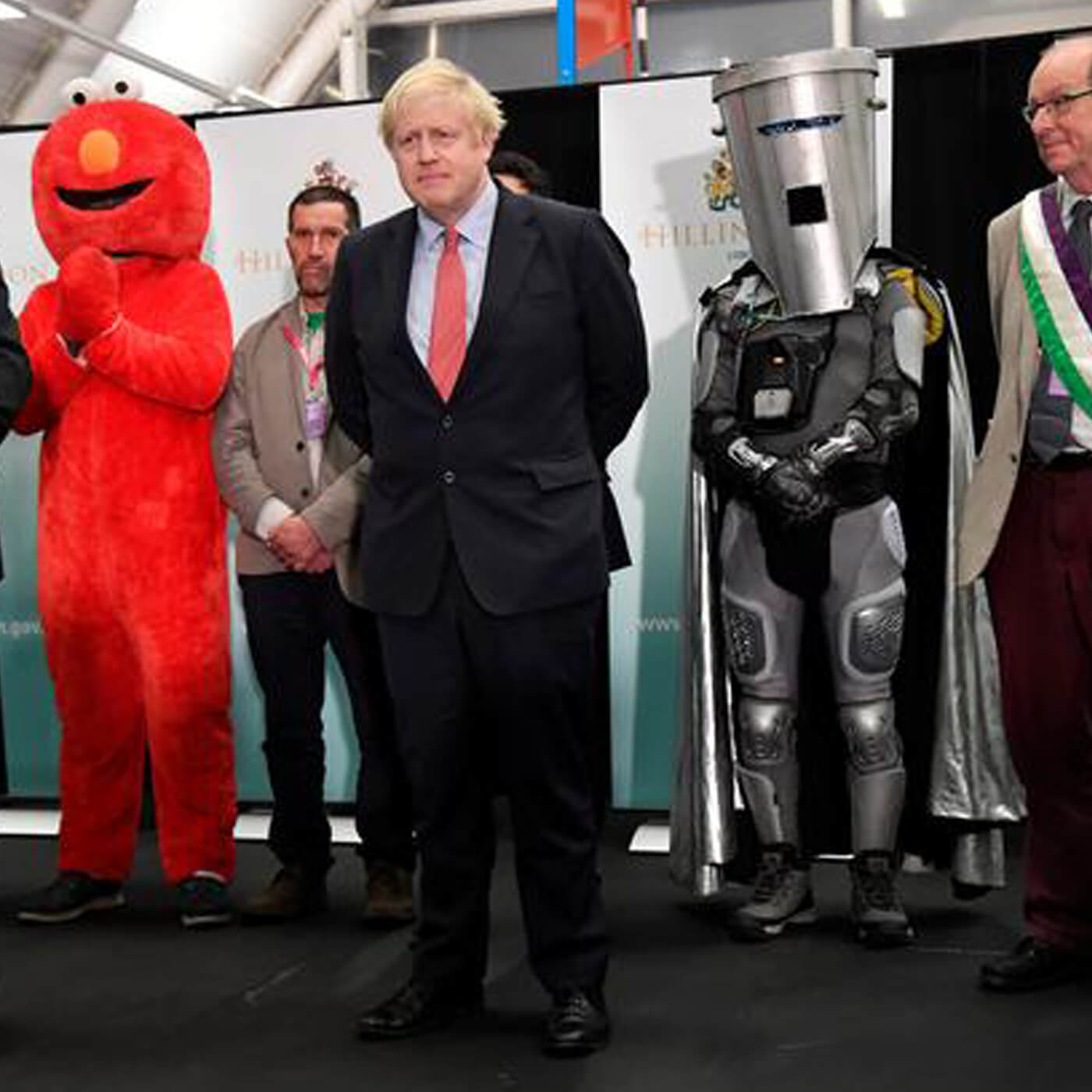 One of the saddest days of my recent life was Friday 13th December 2019, the day our election results came in.

I don’t often get really affected by things. I know that they’re bad, and I feel a detached kind of upset, but nothing like that. I had a lump in my throat all day. The last time I felt that bad someone had died.

I’m trying to organise my thoughts now… I have a lot to say and I’m trying to think of the best way to present it all. I’ll start with quoting three friends as they said a few things that I have thought myself more succinctly than I could.

‘Brexit has convinced the working classes to turn against their own best interests.’

He went on to say ‘The same thing has been happening in America for decades.’

I have also tried (and usually failed) to explain to people that had Corbyn become Prime Minister we would not end up living in some bleak Stalinist state, but that he based his ideas on the Scandinavian model, where people are generally much better off.

One of my friends, not a close friend, but someone I know from around who generally posts a lot of good sense on Facebook posted the following:

“Corbyn’s vision was to emulate Scandanavia, to have high levels of living standards, increase overall happiness and social mobility and have the best public services.

Johnson’s vision was to sell everything to the USA where teachers are selling their own blood, families are bankrupted and medicines are an unaffordable luxury, whilst deregulating and having us all work until dead.

So, in conclusion, England is an unimaginably loathsome, unjustifiable and inexcusable shitsack of a fucking country.

The sooner Scotland and Wales fuck off and Ireland unites, the better. Let little England fester itself to death in its delusions.”

The final quoting of friends I’m going to do begins with my friend quoting another source:

His post began with: “It was once said “class is the basis of British party politics, all else is embellishment and detail.”

He then went on to say himself:

“In 2019, the sharpest divide of all was not class, but education. The largest swings from Labour to the Conservatives were in constituencies with fewer graduates and more people with no qualifications.

A similar pattern is observed for age, with the largest swings from Labour to the Conservatives in constituencies with older populations.”

To go back to JP’s point, the sad truth of what has happened is that a new class system is emerging – an intellectual and ideological gulf between the educated and the uneduecated. Look at a map of Britain and generally the cities, where people are going to, or have been to university, and have more high powered jobs, are the places where people voted Labour, and areas where people tend to have fewer qualifications and work in unskilled jobs voted Conservative. Labour is no longer the party of the working class – and of course neither are the Conservatives, but along with our hideous tabloids, they spin a good lie.

In today’s world it is hard to define what working class means. A girl who lived on the same street as me a a child, in a rough area, surrounded by a lot of poverty, recently described herself as ‘working class.’ I’m not sure I would agree. She has been to university, has a skilled job, owns her own house and no longer lives where she was brought up. So whilst being from a working class background, she isn’t really a working class person.

I believed, for a long time, that anybody could escape these confines and that it was in the power of any individual to do whatever they should want with their life. Back then, there were many things that I neither realised nor considered.

Firstly, I didn’t realise that free higher education for the less well off is a postcode lottery. I thought that in all areas of England local authorities provided grants towards tuition fees for people from low-income backgrounds. This turns out not to be the case. And now, under the Tories, I suppose less people will have access to higher education and more people will be blinded to many truths and left in a situation where they are disenfranchised and angry and open to manipulation by the right wing press. These are dark times. Although – and this came as a surprise to me – I also didn’t realise that free peers quite like Blair and I disagree. An older friend, who will have been an adult in Blair’s Britain, is less complimentary about that Labour government and describes them as ‘Tory lite’.

When I was very young, my ideas were different. I have never liked huge, all-consuming corporations, but I didn’t know enough about economics to understand that this is an inevitable outcome of the way capitalism works, and I used to think that free enterprise was a good thing. My belief in this, back then, failed to account for two things: one – that PLCs must continually increase profit no matter what, and two that not all people have scruples.

I was trying to explain to a friend, a few weeks ago why nationalising our public services would undoubtably be a good thing (I also didn’t realise until very recently that our railways were privatised as late as 1992, under John Major and not under Thatcher) and I recalled my own naivety.

Possibly having private companies running these services would work if there were proper regulations and if lobbying didn’t exist. Otherwise, no. I cite several examples:

One is the Leeds to Burley Park train at rush hour. A mad crush and completely insufficient for the volume of people using this service. But does the company care? No. They just want to make as much money as possible. If they could make you walk, charge you £20 for the short journey, and call it a train then I’m sure they would.

The second example I’ll cite is a friend who is originally from Alabama. There are no trains in Alabama and haven’t been for years. The company that owned the railroads also owned a tyre company and so all the railroads were closed and more people bought tyres. This is where we are heading and it is grim.

The final example is the horror or one of my mum’s friends, a few years ago, at our trains. She is French and said she couldn’t believe UK trains. ‘They are like trains in a third world country’ she said.

And without going into the depths of my electricity bill story, where I had to fight my corner in a battle that lasted over a year when I was sent a bill for a property I no longer lived in, for the time after I lived there, I would probably say that anyone who has had to deal with NPower will agree that it would be better if our utilities were not left in the hands of private companies.

As I said, I did not always understand these things myself and was once quite hard-hearted about many things. But there were some simple facts that I overlooked.

I remember a few years ago my friend’s mum said to me ‘Things have got really weird recently. There are so many more homeless people. It reminds me of the early eighties.’ That, I suppose, is Tory Britain. The prevailing attitude is ‘If you’re fucked then fuck you.’

Now, I dislike a sense of entitlement in anybody and I am fully aware that on a very basic level human rights are a construct of society, not the actual basic ‘rights’ that some people perceive them as being. But if the state is in a position to be able to look after its citizens then absolutely it should. Not everybody has the smarts to overcome bad situations and not everybody is socially aware and adept enough to end up with a support group around them. Even if you’re going to look at it from a completely cold and cynical perspective, giving people who have nothing a chance will benefit not only them, but society and the nation as a whole.

It’s easy to fall into a narrow way of thinking – from either perspective.

I was pleasantly surprised when one of my friends, who I’d assumed was a Tory, started singing Jeremy Corbyn’s praises a couple of days before the election. I was even more surprised when he said ‘Obviously, Labour will win.’

‘Are you joking?’ I replied.

He’d not realised – even as a computer scientist, that he lives in a bubble. I explained that eve if he had turned off possibilities of facebook being able to target any specific types of advertising at him, he’d still see his friends posts on his news feed and his friends and mainly educated left-wing intellectuals.

It also took me a long time to realise how lucky I am, and why, in spite of not having been privileged, I’ve come to the conclusions I have. I’ve lived in various places, but for the most part of my childhood I lived in a rough urban area with a lot of deprivation. But I do also acknowledge that I saw the world from more sides than a lot of those around me. I’ve had a weird life – I spent long stretches of time around interesting bohemian adults who treated me as if I was an adult myself. I experienced extreme poverty at times, but at others ludicrous opulence. Also, I was lucky enough to have been spotted as being ‘smart’ so I received help from various wonderful organisations having been identified as a ‘gifted child’. All of these things have given me a different perspective to a lot of my peers at the time. Many people experience nothing but the noise of those around them, and they are only ever around a relatively small group of people.

In the current political and economic climate I do not know what can be done about any of this.

Watching the election with a group of friends, I was entertained by Boris Johnson’s speech when he was re-elected as MP for Uxbridge and South Ruislip. Not by the speech itself, but by the fact that the other candidates were all standing behind him and one of them had a bucket on his head another was dressed in an Elmo suit.

“This is going to be broadcast all over the world” said my friend Ben, and in spite of the gloom we all laughed.

No other part of any of this has cheered me up at all.

It is and will remain true that many people will just take in what they are fed and not question it, and the only way a change can be made would be to feed people more worthy ‘news’.

My final quote is not from a friend, but a piece of graffiti that has done the rounds on Facebook:

“When the working classes stop reading the right wing press, then the revolution will happen.”

Sadly, that doesn’t look likely to be any time soon.