Last week I took up the brilliant opportunity of helping prolific Leeds artist Nicolas Dixon out as he painted a mural in the Trinity Centre. Along with  Peachzz , Florence Blanchard, Raul33 & D7606, artists for Blackbox and OllyStudio, he has transformed the Albion Street entrance to the shopping centre. This will coincide with new businesses opening up in this area of the Trinity later this month. 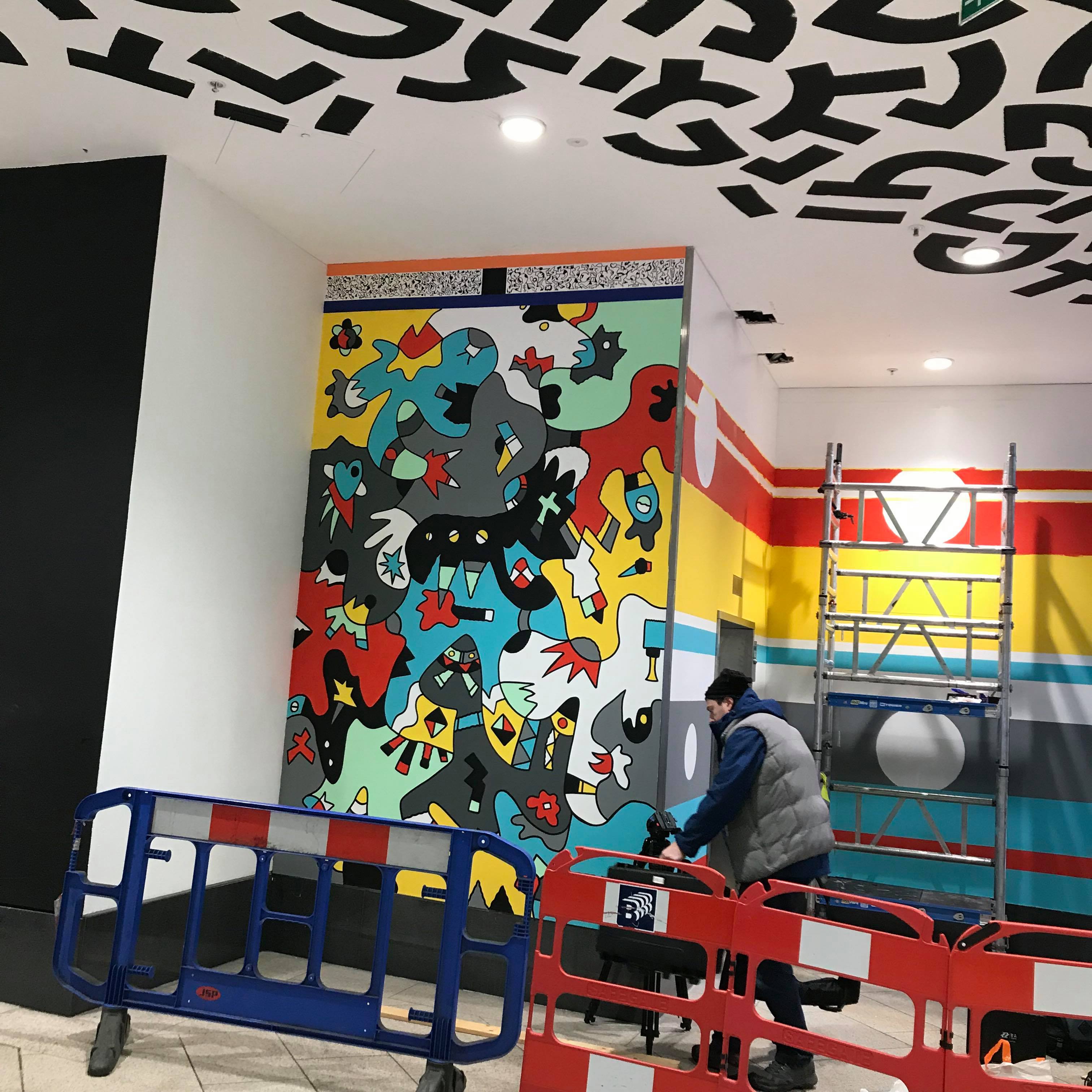 Helping out was hard work, good fun and inspiring. I helped measure out spaces, paint in large stripes (see my photos), pass up equipment, and also found myself at the top of scaffolding – which was novel, although not the first time I’ve had to do this. 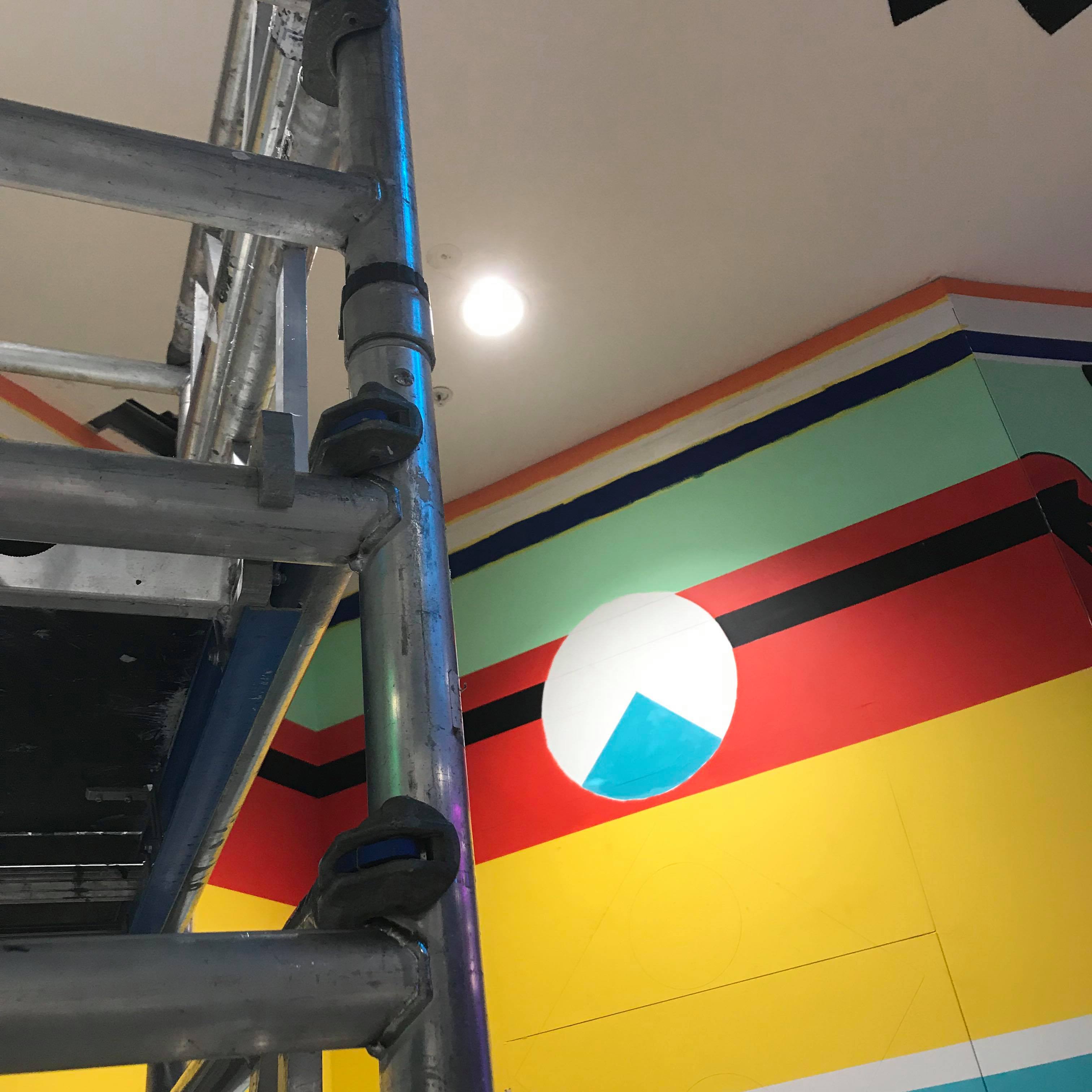 My friend Summer Lawson – who was Nicolas’s assistant for a project back in 2017 – also helped out and we worked together for a day. 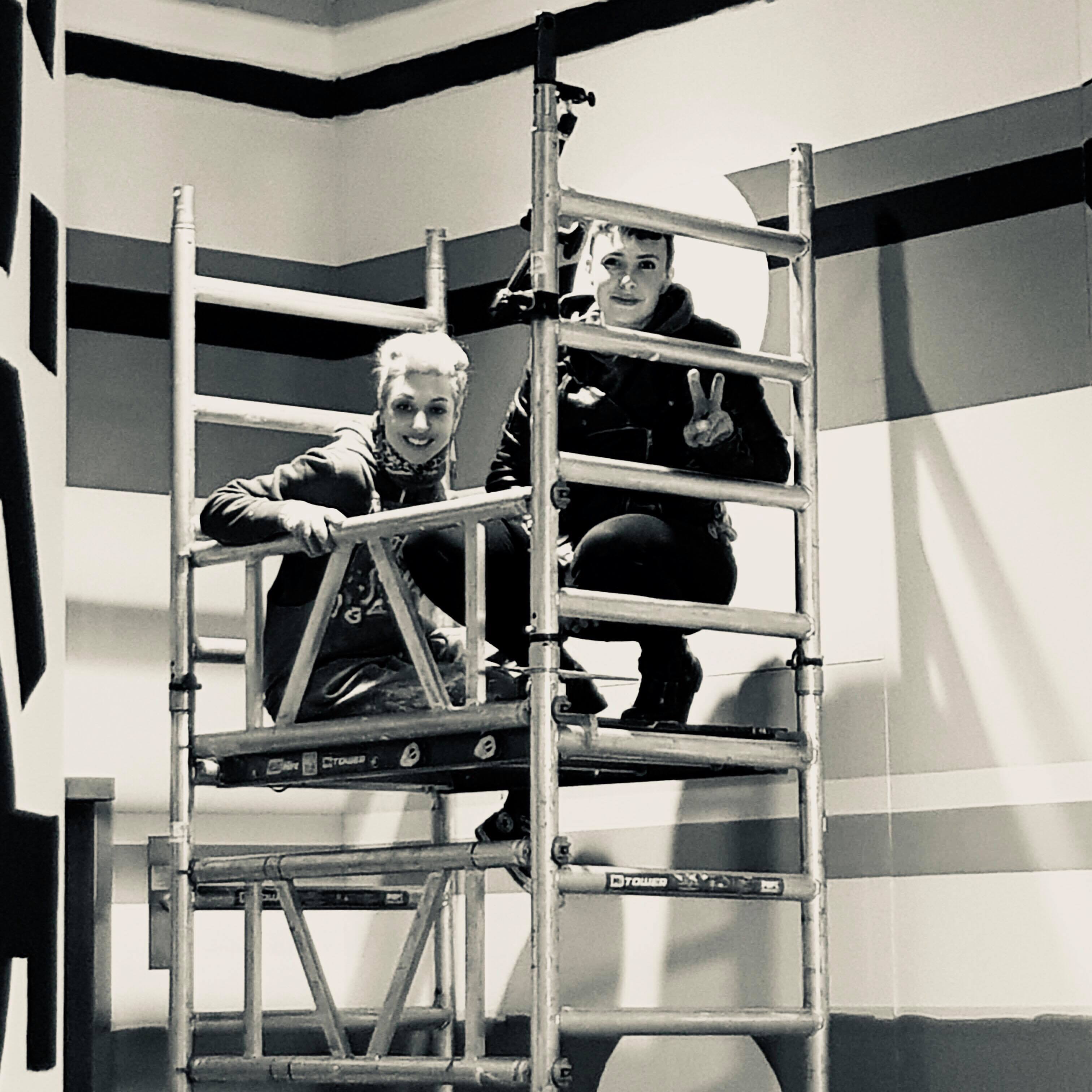 I said to her that I never thought I’d find myself standing on the top of scaffolding in the Trinity Centre.

“And with me!” she added. We both agreed it was pretty funny. 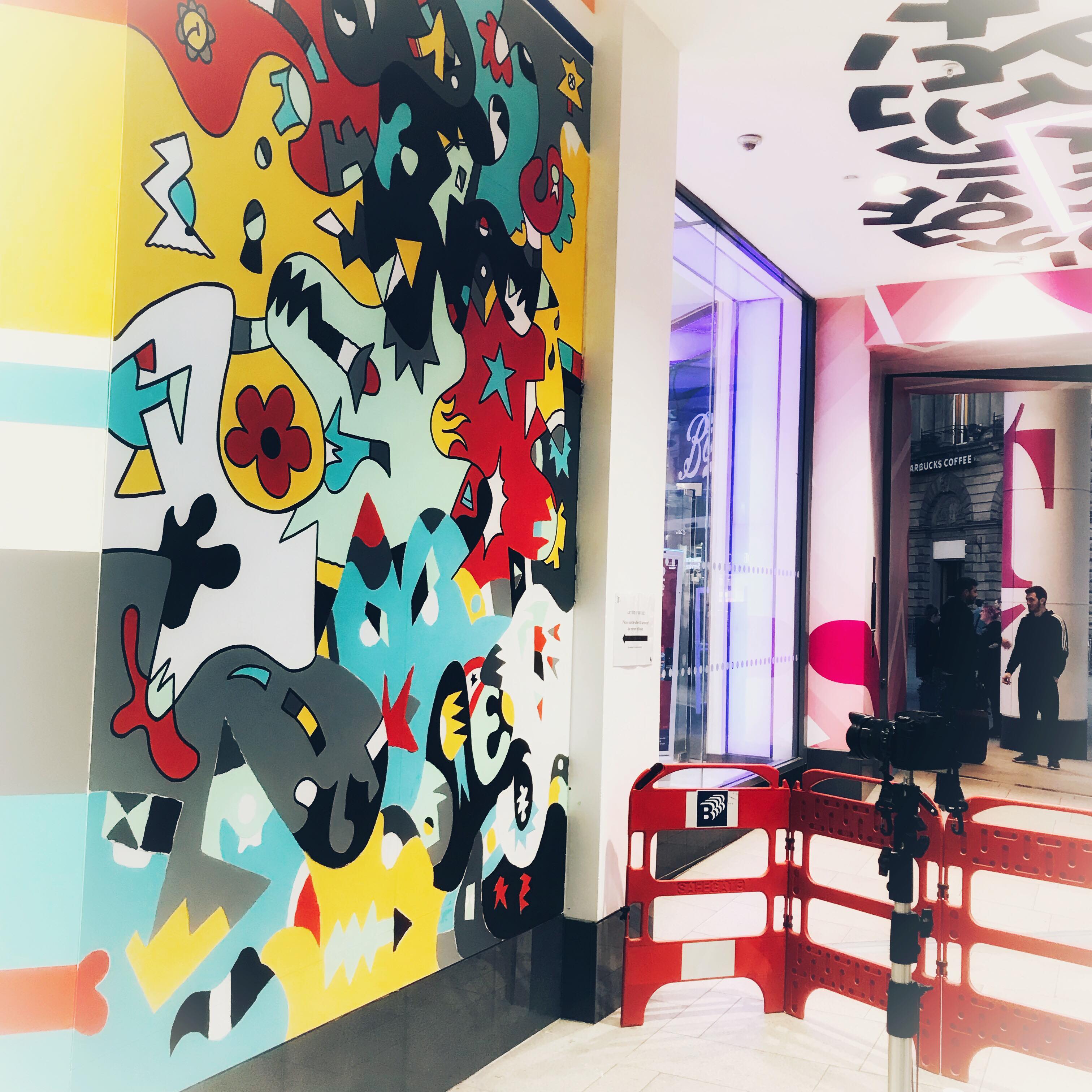 Another cool thing was that I finally got to meet the artist Peachzzz after knowing her via social media for around three years. We met virtually as Joe Haze, my Bad Ornament collaborator, suggested her as a contributing artist for the site.

The mural, along with all the other artwork, is now finished now and looks spectacular. Go check it out… 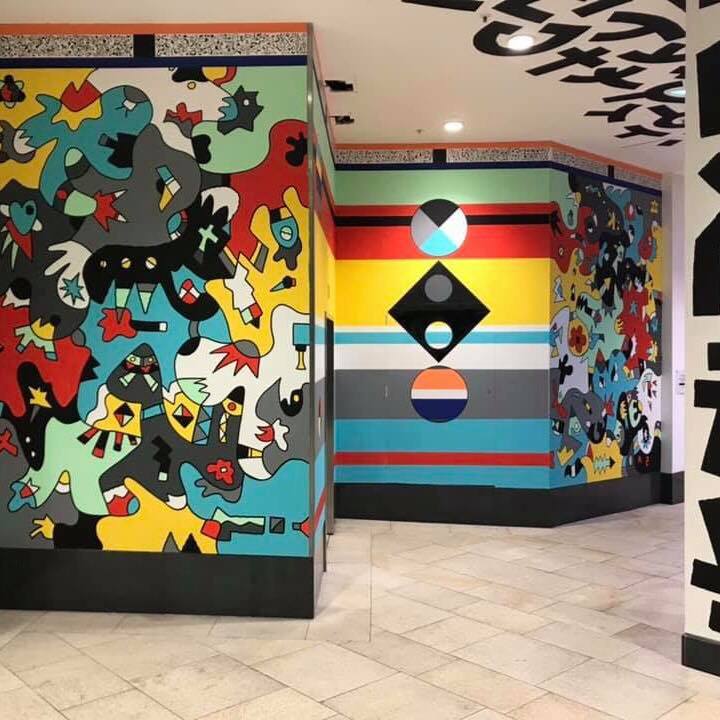